It’s certainly been a while, hasn’t it? This is the third part in a series I started back in September of 2015. After months, this part still doesn’t cover what it was meant to, so this is just part Ⅰ of part Ⅲ. Enjoy.

First, I’d like to introduce you to my favourite x86 instruction: rdtsc1. This handy instruction loads the 64-bit timestamp counter register into edx:eax. The register starts at zero and is monotonically incremented on each clock cycle.

It may not seem immediately useful, but it can actually be put to a couple fun/scary uses in a constrained environment.

Quite possibly the worst random

To shuffle the bag, we can use Fisher–Yates shuffle, which will need an implementation of rand. Maybe you see where this is going.

I know, rdtsc is clearly not random. It is monotonically increasing! The thing is, processors are fast, and reading the cycle count at varying points should produce somewhat unpredictable lower bits.

Those lower bits could certainly be used to seed some sort of pseudo-random number generator, but that’s more work than it’s worth. Let’s just use modulo.

The rand function will take a double-word range parameter and return a “random” number n, where 0 ≤ n < range.

It won’t need to bother with ebp, so can load the range directly from [esp + 4].2

Before dividing the cycle count, edx is zeroed to prevent overflow exceptions. The div instructions leaves the remainder in edx, so that is returned.

The shuffle function will take two parameters. The first will be a double-word address of the first word in an array of words, and the second will be the double-word length of the array. It will shuffle arrays of words since tetrominoes will later be represented as such.

The function begins by loading the address of the array into ebx, and the index of the last element into ecx.

In a loop, rand is used to get a random index between 0 and ecx inclusive.

In order to pass ecx + 1 to rand, the “load effective address” lea3 instruction is used. This is a common trick for doing certain arithmetic operations in a single instruction.

The values at the current index ecx and the random index eax are then swapped, using dx as a temporary.

The loop continues, decrementing ecx each time. When the loop completes, the array has been shuffled in-place, and the function simply returns.

The full implementation can be found in random.asm.

Proof that it works

Using functions from previous parts of the series, we can build a small test that shuffles an array of 4 words on each key event.

And hopefully the array will be shuffled differently each time. 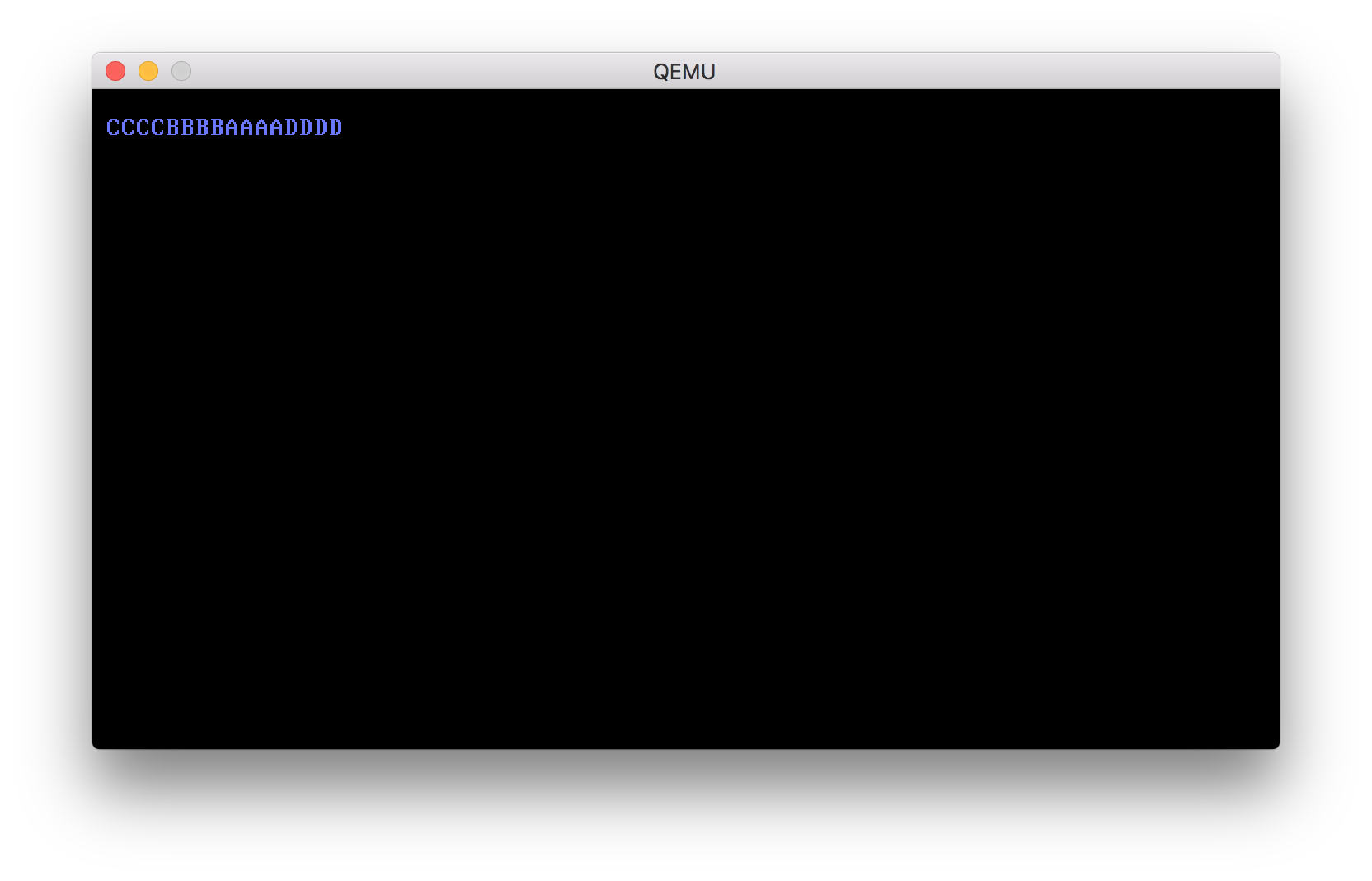 In the distant future…

At some point, there will be a post covering actual timing using rdtsc. It will be terrible and wonderful at the same time. Oh, and eventually we’ll make an actual Tetris game. Almost forgot.